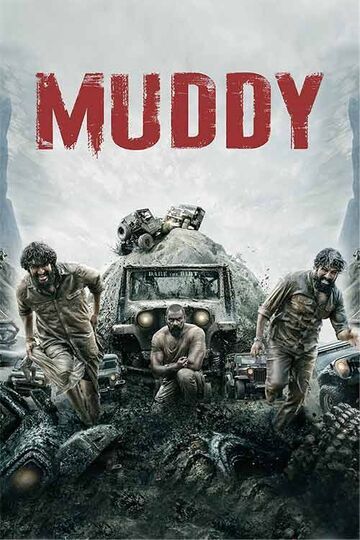 Muddy Movie Budget: Muddy is an upcoming PAN Indian film that is all set to release on big screens from 10th December 2021, the film will release is almost all Indian and regional languages like Hindi, Tamil, Telugu, Kannada, and more, here we are going to tell you about the Budget, Box Office collections and review of the film, we will also tell you about the other details about the film.

The film is an action thriller based on Mud Race and the film stars Yuvan Krishna in the main lead roles, along with Ridhaan Krishna and Renji Panicker in prominent roles and supporting roles. The film is created and directed by Pragabhal. As we said, the film is a Pan India release and it is all set to release on 10th December 2021.

The buzz about the film is very high after the trailer, the film has great huge buzz among the audiences nad it is one of the highest-rated films on BMS, the film is going to take a great start for sure on Day 1, rest the collections depends upon the Plot and all other details.

The trailer of the Muddy looks amazing and there is no doubt about that, the trailer has some stunning visuals and the trailer is treat for te action film lovers, keeping the story aside i am very sure that, movie lovers are going to the visuals of the film for sure, You can also check the official trailer.