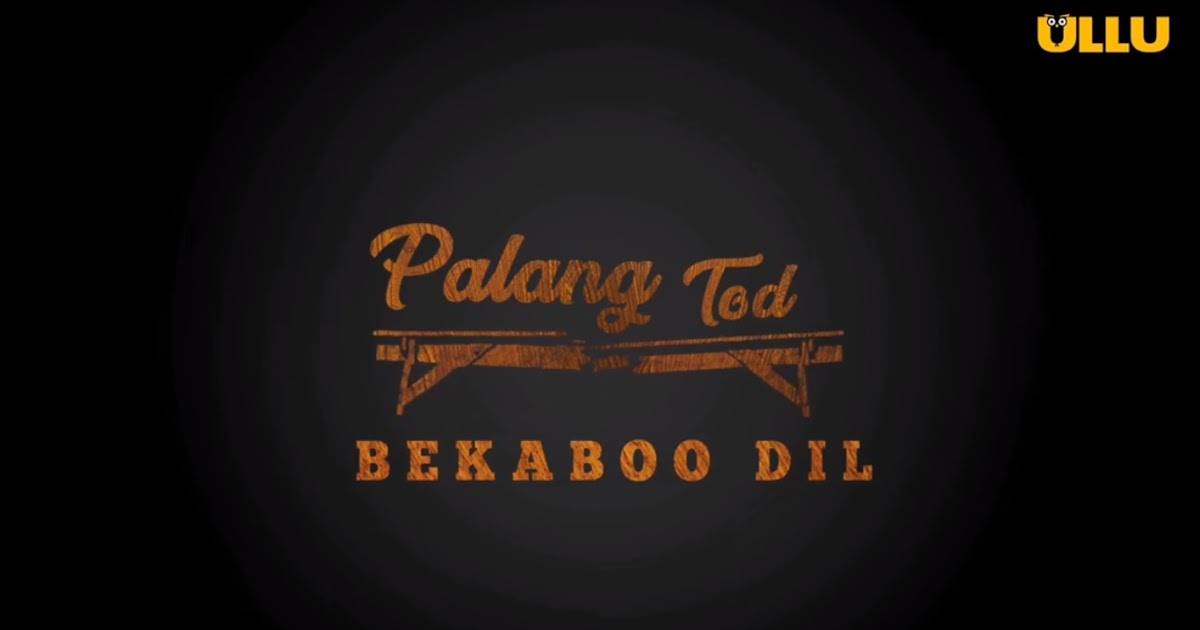 Palang Tod Bekaboo Dil Ullu Web Series: Ullu never fails to disappoint its customer base and this is one of the major reason that they always come with some unique and amazing content that is loved lot by audiences, after the blockbuster Charamsukh, Ullu has now come up with another series named Palang Tod and in that series, the second episodes titled Bekaboo dil is released by the makers.

Here in the post, we are going to tell you more about the series, we would talk about the cast, release date, trailer, and few more details from the series, if you are interested in knowing the names of the real cast, this post gonna help you for sure.

The web series stars Mushkan Agrawal, Nishikant Diwedi, and Sharad Gore In Main lead roles shatrujit Mishra is the head of DOP and Ankit is the creative director and Kamal is the costume Analyst for the series, The series is edited by Avinash Singha and music of the series is compsoed by Utkasrh Garg.

This was all about the ULLU Original series Palang Tod Bebaku Dil, what are your thoughts on this and did you liked it?, if yes, please let us know in the comment section.