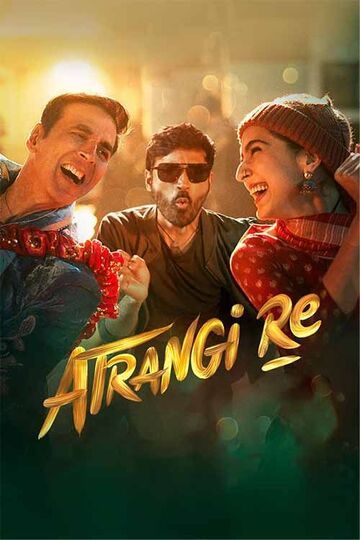 Atrangi Re Budget: It looks like Akshay Kumar is not going to stop so soon, his is coming with back to back film, he was so active during the lockdown too with his direct OTT release Laxmi on hotstar, after the pandemic he comes back with two big releases like Bell Bottom and Sooryavanshi and now he is again coming with a direct OTT release on Hotstar.

Atrangi Re is new film that is going for direct OTT release on Hotstar, the film is all set to release on Hotstar frpm 24th December 2021 in Hindi audio along with the subtitles. The fun fact is Akshay Kumar is again coming with film titled Prithiviraj Next week. Here we are going to tell you about the Budget, Digital Rights Price, Review, Cast and few mpre details about the upcoming Hotstar original film Atrangi Re.

The movie stars Akshay Kumar in cameo along with the Dhanush and Sara Ali Khan in the crucial roles, the film os directed by Anand L Rai and Legend A.R. Rahman is behind the music composition of the film. The film is produced by T series and Anand L Rai himself.

The budget of the film is expected to be around 80 crores and the film was sold to Hotstar for huge amount of approx 100 crores. The official figures are yet to be disclosed by the makers, the film is going for the direct OTT release and as we mentioned earlier, the film is all set to release only in Hindi audio along with the English subtitles. So if you are a FAN of Dhanush and waiting for the film to release in dubbed version you may have to wait little more.

The trailer of the film looks amazing and Dhanush can be seen playing the character of a guy named Vishnu, who is forced to matty a girl Rinku and here starts the real game, what happens next, you will get to see in the film, You can check the official trailer of the film on Hotstar and Youtube.

This was all about the Digital Rights Price, Digital Release Date, star cast and few more details about the Atrangui Re, what are your thoughts about the film?. Please let us know in the comment section, for more news and updates, stay tuned with us.